Slowly at first, and then with increasing commitment, the U.S. has recognized its responsibility to veterans exposed to Agent Orange in Vietnam, at the DMZ in Korea and military bases.

It was not until the passing of Public Law 116-23 in 2019 that Blue Water Navy veterans, in particular, who served off the coast of Vietnam, became eligible for VA financial and medical compensation. Veterans who served in Thailand and elsewhere, without proof of exposure, are still ineligible for Agent Orange service-related benefits

Medical treatment was first provided with the congressional passing of Public Law 97-72—the “Veterans’ Health Care, Training, and Small Business Loan Act of 1981”; and later, financial compensation with Public Law 98-542—the “Veterans’ Dioxin and Radiation Exposure Compensation Standards Act of 1984.” The Veterans Affairs (VA) has been the primary agency that has administered these benefits to Vietnam veterans affected by Agent Orange.

The National Academy of Sciences

The VA went on to conduct medical studies on the human health implications of Agent Orange exposure, which was at first heavily influenced by the chemical industry. But with the Agent Orange Act of 1991, Congress transferred the responsibility for reviewing medical research from the VA to the National Academy of Sciences.

The Academy was charged with reviewing the scientific research on Dioxin and the herbicides used in Vietnam to determine if there was an association with negative health outcomes. The VA’s list of illnesses and disabilities eligible for treatment and compensation, based on recommendations by the Academy, has been growing ever since.

​The following conditions are currently recognized by the VA as associated with exposure to Agent Orange:

Additionally, children with spina bifida, but not spina bifida occulta, born to Vietnam veterans, especially female veterans, are eligible for compensation and other benefits.

In 2018, the National Academy of Sciences found that there was sufficient evidence of association for hypertension and monoclonal gammopathy of undetermined significance (MGUS), a condition that can lead to multiple myeloma. Previous reports found that Parkinsonism and Parkinson-like syndromes, stroke, hypothyroidism and bladder cancer also had limited or suggestive associations. These conditions, however, have not yet been recognized by the VA. 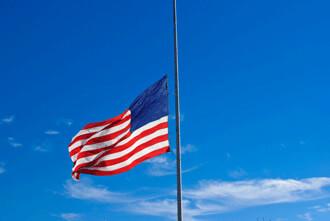