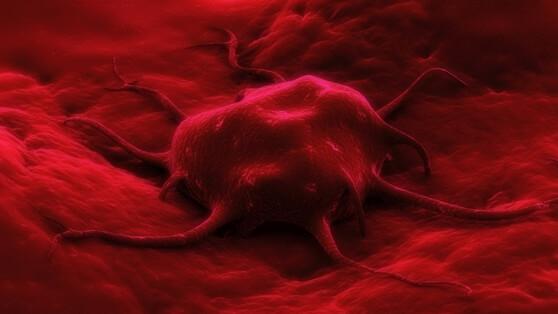 There are many ways for dioxin, the toxic contaminant in Agent Orange, to wreak havoc with the human body.
While much of the attention on the health impacts of Agent Orange/Dioxin in Vietnam have been on children born with birth defects, the overwhelming number of people in Vietnam believed to be affected by Agent Orange are those adults with cancers and other illnesses found to be associated with the toxic herbicides. The Vietnam Red Cross believes that up to 3 million Vietnamese are suffering from conditions related to their exposure to the toxic herbicides.

The Vietnamese often point out that Vietnam could be the perfect “laboratory” to research the health impacts of TCDD. Indeed, Vietnamese scientists have been conducting epidemiological research on the impact of exposure to Agent Orange to human health since the late 1960s. Unfortunately, many of these studies are criticized for their lack of peer review and publication in international journals. However, they have found that veterans who served in the south compared to those who did not have increased rates of cancer, and nerve, digestive, skin and respiratory disorders. Among the cancers found were throat cancer, acute/chronic leukemia, Hodgkin’s lymphoma and non-Hodgkin’s lymphoma, prostate cancer, lung cancer, soft tissue sarcoma and liver cancer. Other than liver cancer (which some researchers believe to be associated with higher rates of hepatitis, not exposure to Agent Orange), these are the same conditions that the US Veteran’s Administration has found to be associated with exposure to Agent Orange/dioxin and are on the list of conditions eligible for compensation. In addition, studies in Vietnam have found higher rates of Agent Orange related conditions among the populations in the south who lived in sprayed communes compared to those who lived in unsprayed communes.

However, more research is needed to verify the findings of earlier Vietnamese epidemiological studies.

“We knew it was poison, so we washed our food in the stream. But the stream was poisoned, too.”
– Mrs. Hong, Vietnamese breast cancer sufferer, “The Last Ghost of War,” 2007. Mrs. Hong was a youth volunteer during the war who traveled throughout the south. She died in 2007.

The fatal growth. It begins with a single cancer cell.

Stills from “The Last Ghost of War” by Janet Gardner (2008). More information.

Clips from “The Last Ghost of War” by Janet Gardner (2008). More information.