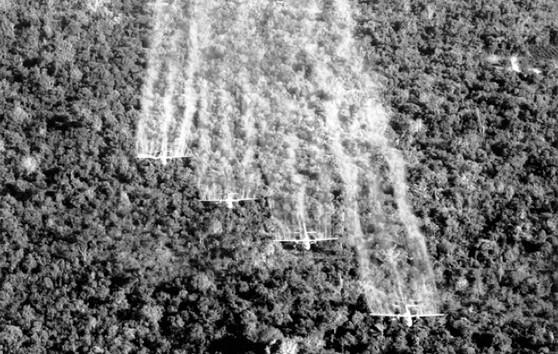 There are many ways for dioxin, the toxic contaminant in Agent Orange, to enter the human body.

From food. From breast milk. From the vapors. From physical contact.

“There is no doubt that during and after the war, many Vietnamese absorbed this very toxic material [dioxin]. It is our belief from toxicological research and epidemiological studies from many countries that this dioxin probably resulted in significant health effects in Vietnam.”
– Arnold Schecter and John Constable

​The issue of whether or not exposure to dioxin has affected the health of the Vietnamese has been debated since the time of the war, when the first studies were released, showing that TCDD, the dioxin contaminant in Agent Orange, causes cancer and birth defects in animals. The International Agency for Research on Cancer (IARC), part of the World Health Organization, now identifies TCDD as a known human carcinogen. Animal studies have found that TCDD can cause also affect the immune, endocrine, reproductive, gastrointestinal, skin, cardiovascular and nervous systems.

While scientists debate over who was exposed to Agent Orange/dioxin and what the impacts may have been on human health, there is very little debate over the fact that up to several million Vietnamese were exposed over a period of at least a decade to TCDD. There is also little debate over the fact that that at the up to two dozen “dioxin hotspots” found around some of the former US military bases in southern Vietnam, a new generation of Vietnamese are continuing to be exposed to dioxin that can be traced directly back to the use of herbicides during the Vietnam War. 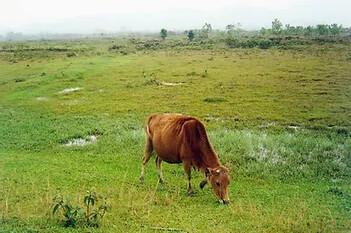 One way in. A cow grazing on the dioxin hotspot in A Luoi Viet Nam. This area is now fenced off with a “Green Fence” of Honey Locust trees.