The Environmental Impact of Agent Orange

At least two-thirds of the so-called “Rainbow herbicides” used during the war, a total of 20 million gallons, contained the Dioxin-contaminated phenoxy herbicide 2,4,5-T. It is estimated that the herbicides used, not just those contaminated with Dioxin, were up to 50 times the concentration recommended for killing plants.

By examining the spray data, Dr. Jeanne Stellman and her colleagues at Columbia University Mailman School of Public Health determined that up to 366 kilograms of Dioxin were sprayed on South Viet Nam during the war. It was also discovered that, before they were destroyed, the surplus inventories of Agent Orange from Gulfport, MS, and Johnston Island, in the Pacific, contained between 6.2 to 14.3 ppt of Dioxin.

Since 1994, Hatfield Consultants, a Canadian environmental firm, has conducted extensive soil, animal and human testing to determine what level of Dioxin remains in the soil and sediment of Vietnam and the extent of the chemical’s accumulation in the food chain. Hatfield first began testing in the A Luoi Valley, just south of the demilitarized zone (DMZ), where the Ho Chi Minh Trail, established on the Laos side, entered Viet Nam. The valley is extremely remote, with no industry and nary any kind of agricultural infrastructure.

About 224 spraying missions were flown over this area between 1965 and 1970. There were also three special forces bases of the U.S. military there, in the valley. One of those three bases was A So (A Shau) base, which was used for three years and where barrels of herbicides were stored for use in the surrounding areas.

It was here, in the surrounding area of the former base, that Hatfield researchers found levels up to 897.85 ppt of Dioxin. Fish and ducks had high levels of Dioxin in their fatty tissues. The local population had elevated levels of Dioxin, found in blood and breast milk.

Just north of the base and other sprayed areas, however, Dioxin was not present in the soil. Only very low levels of Persistent Organic Pollutants (POPs) were detected. Where the herbicides were sprayed by aircraft, Dioxin, for the most part, has dissipated.

Thirty years after the spraying occurred, Dioxin levels ranged from zero to slightly elevated, with the latter pertaining to areas below the soil surface. The Dioxin that remained on the surface likely broke down from the hot tropical sun or washed away by years of heavy rain and soil erosion, and may have pooled in isolated spots.

Areas of the former Ta Bat and A Luoi special forces bases, only in operation for one year, also had elevated levels of Dioxin, ranging from 4.3 ppt to 35 ppt. 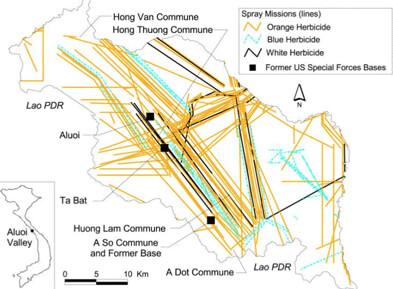 Hatfield theorized that there were other such Dioxin-laden areas, later designated “hotspots,” that were primarily former U.S. military-installed bases throughout south Viet Nam. These bases were of particular concern, especially bases installed as Operation Ranch Hand hubs.

Since the mid-1990s, Hatfield has identified at least 28 of these bases where there are elevated levels of Dioxin contamination. Among these hotspots are the Da Nang, Phu Cat and Bien Hoa bases. Each of these bases had Dioxin contamination greater than 1,000 ppt TEQ (Toxic Equivalents) in the soil and 150 ppt in sediment, the standard for remediation in Viet Nam. At the Da Nang air base, Hatfield found up to 361,000 ppt of Dioxin in areas where barrels of herbicides were loaded onto planes to be deployed. In this part of the base, many have observed a strong chlorine smell from the phenols, the solvents, in the weed-killing herbicides. The soil, in particular, is deeply blackened because of the oxidized chlorine molecules of the herbicides.

“My children used to be healthy. But after we moved here, my children grew weak and passed away.”
– Can Van, re-located by the government in 1991 to the former A So base, Chicago Tribune, 2009.

​Of greatest concern is the Dioxin that seeped into the sediment at the bottom of lakes at both Bien Hoa and Da Nang, where the local community fish. High levels of Dioxin were found in the fish and waterfowl in these lakes. Quite exceptionally, as the average was found to be about three times the accepted level of Dioxin contamination, some tilapia had 400 times the acceptable level. People who lived in adjacent areas and communities, as compared to the general population, had elevated levels of Dioxin and other Dioxin equivalents.

The Vietnamese government identified Phu Cat, Da Nang and Bien Hoa bases as priorities for remediation. Of particular concern was the Da Nang base that after the war had become a vital domestic and international airport for the central coastal region of the country. The U.S. government committed to helping Viet Nam address the Dioxin contamination at the Da Nang and Bien Hoa bases. The joint U.S.-Viet Nam remediation project was completed in 2018 and in 2019, the U.S. and Viet Nam began to work together to remediate the Bien Hoa base.

The remaining Dioxin hotspots throughout southern Viet Nam were found to have much lower levels of contamination, most under the level of requiring remediation. Therefore, in these cases, mitigation efforts that reduce the movement of the contaminated soil or keep people and animals off the site are enough. Other areas, such as the A So Base in A Luoi, will require more remediation work and effort by the Vietnamese government. 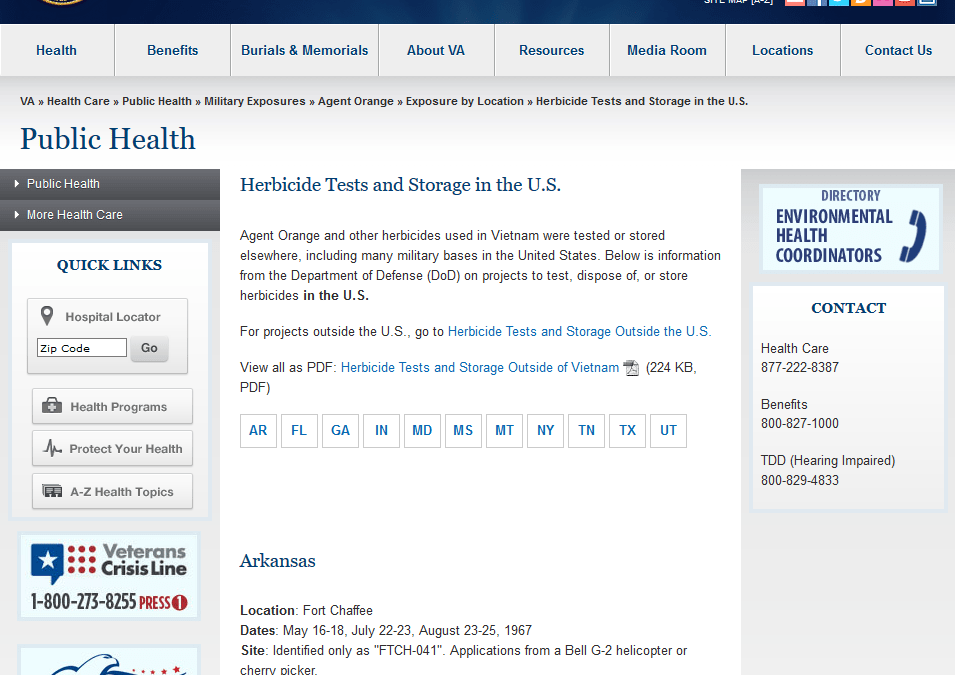 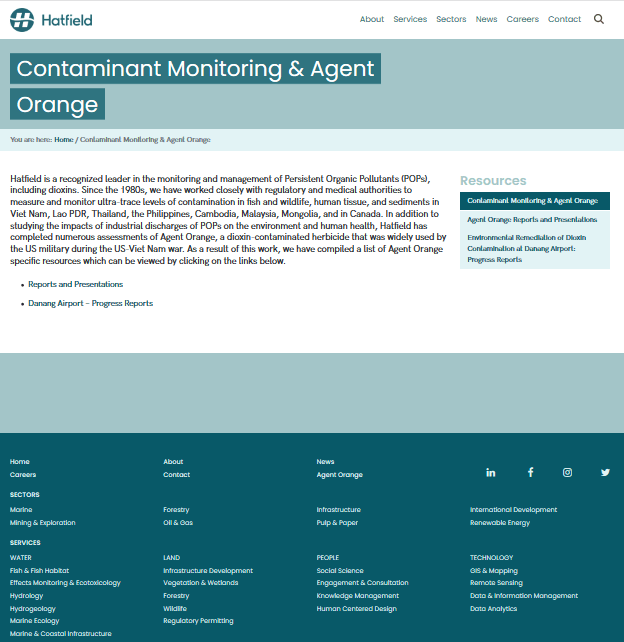