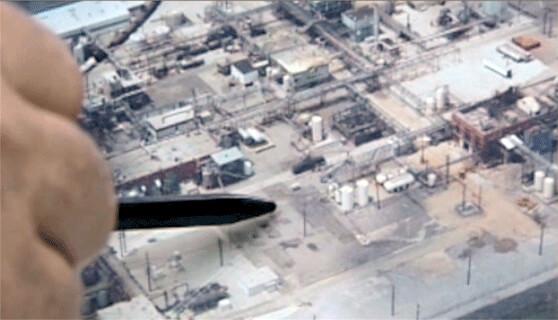 The Monsanto factory that produced 2,4,5-T during the War was buried afterwards and blacktopped over. But the impact of the dioxin on the workers, from decades of production, lingered on.

In March 1949, the Monsanto plant in Nitro, WV experienced an explosion that that blew up a tank of 2,4,5-T that was being processed, exposing the plant workers to TCDD. Days after the explosion, workers came down with severe cases of chloracne. At the time, it was not known that dioxin in the 2,4,5-T was the culprit. 226 workers at the plant became ill after the explosion. Monsanto insisted that chlroacne was the only health effect of the exposure to the 2,4,5–T. However, the workers complained of severe pain in their legs, chest and trunk, and medical reports that were later released as part of a lawsuit for damages against Monsanto stated that the explosion “caused a systemic intoxication in the workers involving most major organ systems.”

“You can’t see it on the porch.
You don’t brush it off
the windshield of your car.”
– Stuart Calwell, attorney for Monsanto retirees,
“The Last Ghost of War,” 2007. 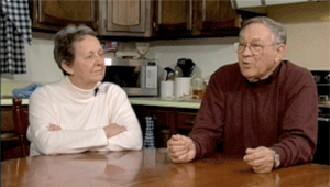